Varsity captains Chris Martenson and Matt Engler have been hard at work, preparing Staples soccer logowear with our partners at [… All season long, assistant coach Chris O’Dell has urged the Wreckers to find their identity. Heading into the homestretch of [… Going into tonight’s final matches, it was mathematically possible for 4 teams to tie for 1st. It didn’t happen — [… For all the week 1 action and standings, click here Staples super-fan Laura Blair is once again working for a great cause. On Sunday, May 1 she will take part [… 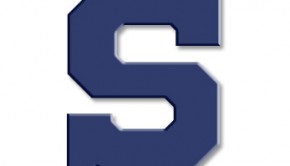 Norwalk — always one of the best (and best-coached) teams in the FCIAC — started slowly this year, dropping 4 [… “Meet The Wreckers” Questionnaires Are Posted

Which app is the overwhelming favorite of Staples soccer players? Who loves watching Jack Hennessy play horseshoes? How many times [… For years, Staples-Greenwich has been one of FCIAC boys soccer’s most heated rivalries. Every meeting is intense. Almost always, there’s [… The 6th annual Preston Hirten Memorial Tournament is set for July 4th weekend.  This one promises to be the biggest [… Pele, Staples And “The Beautiful Game”

Fred Cantor graduated from Staples in 1971. He played for Yale University, played many years with the Manhattan Kickers, and […