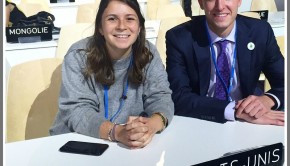 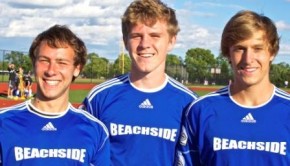 Taylor McNair — the boys soccer honoree — could not be at tonight’s Scholar-Athlete dinner at Continental Manor; he was [… Each year, a Staples High School student is asked to speak at Westport’s Veterans Day ceremony. In a town like [… Two varsity players were recently inducted into the World Language National Honor Society.  They were honored for their stellar grades [… 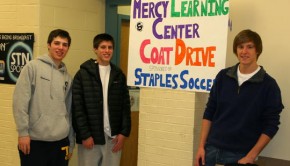 Thanks to the efforts of Taylor McNair, Max Hoberman and Kyle Hoberman, a few dozen Mercy Learning Center mothers and […

Two years ago, as freshmen, Max Hoberman and Taylor McNair had Gerry Kuroghlian for English 1A.  It was “Dr. K”‘s […