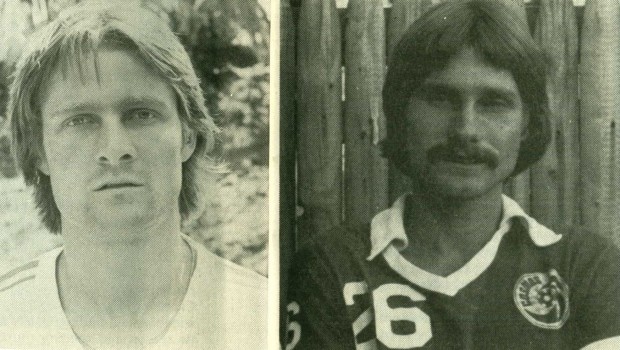 — In 1968, coach Jeff Lea kept 44 players (all sophomore) on his junior varsity team. One was named Jeff Lee.

— For a few years, the soccer and cross country teams held their banquets together, in the Staples cafeteria. The cost was $4.50 for parents, $2.50 for JV players. The varsity went free.

— Staples’ 1st game ever was played at what was then called Doubleday Field (now PJ Romano Field) behind what is now Saugatuck Elementary School (the old Staples High) on Riverside Avenue because the high school field was not ready. It took 50 more years before a home match was played at a different site. Rain forced a move to the Wakeman turf, next to the “new” Bedford Middle School.

— Paul Hunter ’73 went on to play at the University of Connecticut — and then with the New York Cosmos, where his teammates included Pele, Franz Beckenbauer, Giorgio Chinaglia, Carlos Alberto and Johan Neeskens. Paul’s brother Tim ’71 also starred at UConn, and played in the North American Soccer League.

— Staples soccer is older than the  FCIAC. The first team was fielded in 1958 — 2 years before the league was organized.

— Gordon Hull’s goal with 11 seconds left in the final overtime won the 1978 state championship, 2-1 over Greenwich. It was Jeff Lea’s 1st year as head coach, after Albie Loeffler retired.