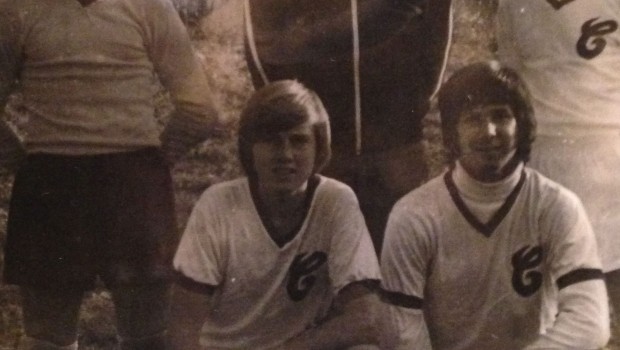 Back in the day — before 9th graders came to Staples — there were 3 Westport junior high schools. Each had interscholastic teams, in a variety of sports. Competition was fierce, with junior highs from Darien, Greenwich and other towns.

But the games between Bedford, Coleytown and Long Lots were particularly hard-fought. And the soccer rivalry was especially intense.

This summer, the Staples High School Class of 1981 holds its 35th reunion. As part of the festivities, a group of former Coleytown soccer players will honor their former coach. All former Colts players — and anyone else who knows and admires Holliday — is invited. Holliday — who now lives in Utah — will be there.

The event is set for Saturday, July 30 (12 to 3 p.m.). For more information, or to RSVP, contact jack.whittle@ymail.com, dan.donovaneight@gmail.com or andre.lambros@wellsfargoadvisors.com.