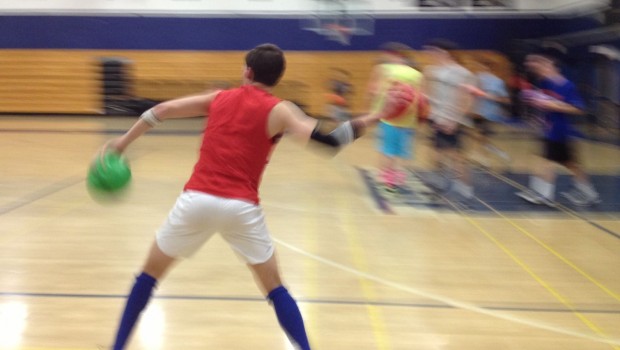 The 2nd event in the 2014 Jack Scott Octathlon of Champions — dodgeball — produced plenty of action. And many point-winners.

Organizer Patrick Beusse created 3 series of 2-out-of-3 matches, in the Staples gym. The 1st pitted 2 random 10-man teams against each other. The 2nd was varsity vs. junior varsity (the varsity won). The 3rd was juniors against sophomores (10th graders were victors).

When the final ball was hurled, James Lewis and Graham Gudis led the way with 28 points. Gabe Pensak was next, with 26. Nate Argosh had a fierce arm.