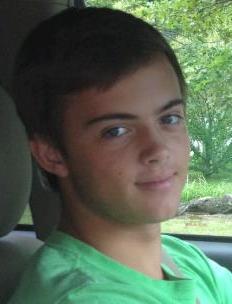 JV captain Sebo Hood spoke movingly at the annual banquet about the importance of the Staples soccer program in the aftermath of his brother’s death, and subsequent destruction caused by Hurricane Sandy. He said:

Coming into this season I was very excited. I could continue being a part of one of the most storied and successful soccer programs in the state, and learn from 2 great players.

However, I realized I didn’t really know exactly what Dan, Seth, O’Dell and others were talking about when they told all of us over and over again just how special Staples soccer was. Of course I have fun playing for Staples, and freshman year did get me in the best shape of my life, but the deeper meaning which all of the coaches talked about had yet to make itself known to me.

I was curious though, so I worked hard to keep up with my teammates, and did my best to make sure I would play for this school long enough to eventually figure it out. Looking back, that was the best decisions I ever made, because tonight I stand before you with a new and complete understanding of exactly what Staples soccer is.

As many of you may know, on Friday, October 26, in the early hours of the morning, my family and I were struck with a tragedy that none of us were equipped to cope with. My dad got a call that my older brother Austin passed away in his sleep. He would have been 21 a week ago yesterday.

I stayed home from school that day, and together as a family we spent hours crying, mourning, and doing our best to remember Austin for the loving, kind, funny, and all around incredible person he was.

Later that day, I was reminded that my team had their final game of the season. When asked if I wanted to go, I technically had a choice to make, but in my heart I knew that I really didn’t, because if anything could get my mind into a better place for a few hours, it would be to play the game I love. It was on that day, and in the weeks following, that I would come to fully understand just how special Staples soccer and its members are.

When I got to that game, the whole team was incredibly sympathetic, and supported me completely in anything I decided to do. Not only that, but collectively as a group, they decided to make that game count for much more than it would otherwise.

We ended up winning 1-0, but as is usually the case, the scoreline can’t even tell half of the story. When the game started I looked around and could see it in everyone: the drive in their eyes, the way they ran at the ball, the focus with which they executed every move. My teammates were fighting with an intensity and purpose that was far more powerful than almost anything I ever experienced. They were fighting for me, my family, and the memory of my brother.

At the end the game I sat down on the field for a few seconds and cried to myself, not because I was sad, but because I saw my teammates work harder than I have ever seen them work before. Not because I asked them to, but because they wanted to.

In the week that followed, my friends and teammates continued to do more for me than I was comfortable asking. I was welcomed into the homes of my friends and teammates for days at a time. And when my house was rendered temporarily uninhabitable by Hurricane Sandy, in a gesture of kindness that I will never be able to fully repay, the vast majority of the kids and adults in the program actually came to my house with shovels in hand, and helped my family clean up our property with hundreds of man-hours and lots of effort. I bet we moved 800 wheelbarrows of sand out of our front yard, and even though that saved us thousands of dollars, that was not the real significance of the act. We did not ask it to, but this amazing program came to my family in its time of need and did its part to help lift us out of the darkness that we were absorbed in.

Part of the cleanup crew. (Photo by Richard Ruggiano)

So I guess now I finally know what everyone meant when they told me how special this program is, what Staples soccer is really about. It sounds like a cliché, but now I know that Staples Soccer is more than just a program. It is a family that is willing to do anything for each other in their time of need. Everything that all of you did to support us meant so much more than you could possibly know, and I am afraid to think about where my family and I would be right now if it weren’t for all of you.

To the JV guys, I was so proud to serve as one of your captains this season. I had so much fun playing alongside all of you, and I am forever grateful that you gave me this opportunity. And to everyone, I hope that this program can continue to be the special thing it is, and that it can help more people like me in the future.