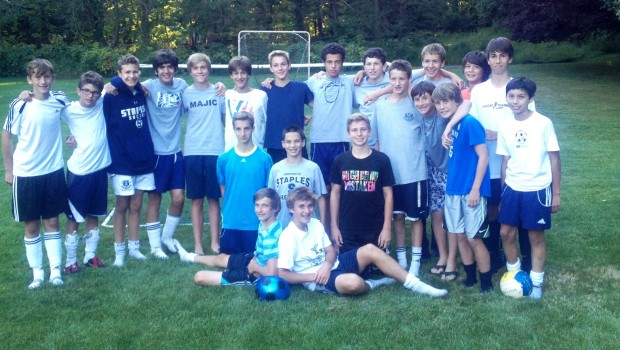 A decisive 3-1 victory over Cheshire powered the Westport Soccer Association U-16 team into the Connecticut Cup finals.

The victory — achieved before a large home crowd this morning — came thanks to a well-balanced performance.

Griff O’Neill fed Luca Cocito for the 1st goal. The upstaters evened the match early in the 2nd half against the run of play, but Luca Autard pounced on a loose ball in the box following a corner kick, for what proved to be the winning strike.

The U-16s include many of coach Chris O’Dell’s freshman players from last fall.

The state championship match will be played at a site and time to be determined.