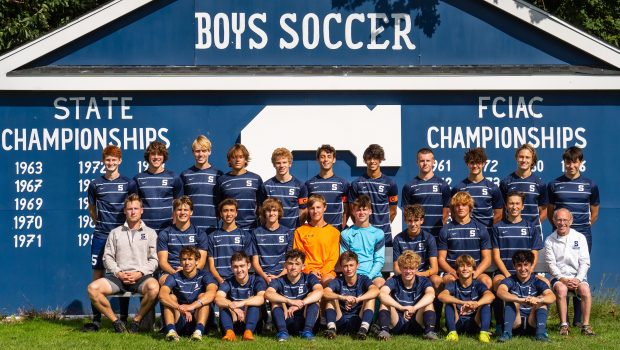 On the eve of the opening match of Staples’ 64th season, here’s some news about the 63rd:

For the 20th time in 22 years — and the 17th season in a row — the Staples boys soccer program has been honored with a national award for academic excellence.

And they did it with a record-setting GPA, one far beyond the already high standard.

United Soccer Coaches presents the Team Academic Award. Only one other public high schools in Connecticut — Bacon Academy in Colchester — qualified this year.

A squad must have a 3.25 grade point average of all varsity players. The award is given for the previous academic year. In 2020, Staples’ varsity players had an average GPA of 3.67 — the highest on record for the Wreckers.

“I’ve always said that our players are some of the smartest and most creative people at Staples,” says former head coach Dan Woog. “We wanted our guys to be as strong in the classroom as they were on the field. What’s especially gratifying about this award is that it was won as a team. I’m proud that United Soccer Coaches recognized our team as one that strives for academic excellence.”

Woog said that indications are good that the 2022 squad — with coach Russell Oost-Lievense at the helm — should also qualify for the Academic All-American honor.