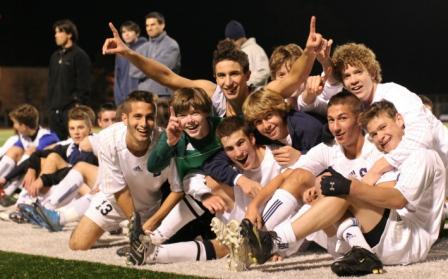 The 2009 state championship season recap has been added to Staples’ online history.

One of the many celebrations covered in the 2009 online history. This was after the FCIAC finals.

2 Responses to 2009 History Posted On Web