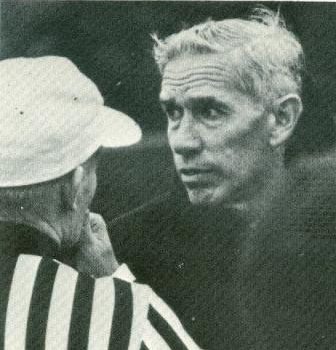 With just 27 days left before Staples soccer’s 60th anniversary celebration, our “60 For 60” series is picking up steam. Here are last week’s tweets and Facebook posts:

— The 2006 team had 2 straight state tournament games go to penalty kicks. Both went 2 rounds. The Wreckers made 18 of their 19 shots.

— 10 fathers and sons have played Staples soccer: Bill and Alex Deegan; Charlie and Charlie Perlwitz; John and Matt Sych; Stuart and Michael McCarthy; Tommy, Charlie and Joe Greenwald; Doug, John and Ryan Fincher; Bandy and Anton Mahr; Ismael and Ben Ibarra, and (this year) Kent and Ryan Thomas. The McCarthys are the only father-son duo to have both won state championships.

— Staples soccer founder Albie Loeffler was also a referee. He officiated the 1st-ever NCAA tournament, at the University of Connecticut. One of the Final 4 University of Bridgeport players, Jim Kuhlmann, went on to coach Westport’s spring and summer teams, and mentored many Staples players. Loeffler went on to become a member of the National Referees Hall of Fame.

— Former Staples stars (and brothers) Peter and Steve Dickstein went on to play against each other as Ivy League rivals, at the University of Pennsylvania and Brown University respectively.

— Jimmy Manning headed in the winning goal in the 1973 state final, in sudden death overtime against Manchester. His mother Jean taped the game. Her film ran out as soon as the ball went in the net. She promised to wake her husband — in India — to tell him about their son’s goal. Albie Loeffler — here shown as Staples’ coach — was a noted soccer official too.