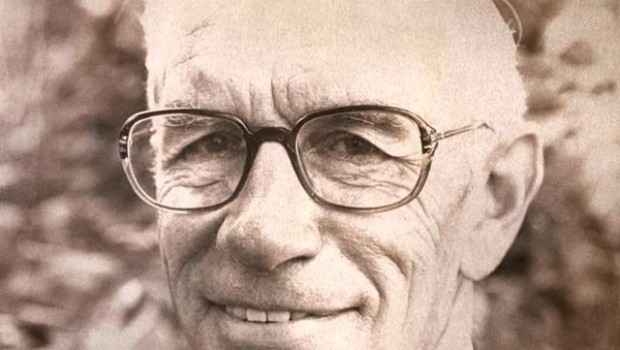 Albie Loeffler — founder of the Staples boys soccer program, and 2-time National Coach of the Year — was inducted into the Fairfield County Sports Hall of Fame.  A crowd of several hundred attended the gala dinner at the Greenwich Hyatt, which also honored the 2010 Staples team as “Westport Sportspersons of the Year.”

In his speech, Mr. Lea said:

It is an honor and a privilege to accept this award in Albie’s name on behalf of his family.  His wife Gundy and daughter Leslie, both of whom live in North Carolina, send their regrets that they were unable to attend.

When I arrived at Staples in the fall of 1966 as a new teacher, I saw Albie walk into the teacher’s lounge during my first week in the school and asked one of my colleagues who he was.  They told me his name and I answered, “there is something about that man which commands my respect.”  Throughout our 12 years as colleagues and over 4 decades of friendship, I never changed that opinion.

Albie was to me, as he was to a career’s worth of students, athletes and fellow educators, a mentor, a counselor and the most thoughtful and best of friends.  A quiet word from him was more powerful to a player than any of the shouted commands which come from so many in our coaching community.

His integrity was absolute, and his advice when offered was carefully considered, softened with humor and humbly offered with respect for the individual being addressed.  Therein lay the main keys to his success as a teacher, coach, soccer referee, professional colleague, and family man.  He cared about people, with a rare understanding of how to reach them.

In his introduction, our emcee mentioned that Albie worked 5 NCAA Division 1 soccer finals, including the first one of all.  What is little known is that he received and turned down 3 requests to officiate the NCAA finals after he had retired from officiating, without his having done even 1 game in those seasons, such was the respect in which he was held by the Division 1 college soccer coaches and officials’ organization. Albie Loeffler, in his early years at Staples.

Albie’s coaching records may have now been surpassed by others, but his positive influence on the game of soccer in the United States and on the lives of the thousands of young people he taught and hundreds he coached has seldom, if ever, been matched.

I know that he was prouder of the fact that over a 20-year span at least 62 of his former athletes went on to lead their future college teams as captains, than of his personal number of victories and championships won.  Through his example he educated future leaders.  We should all be so fortunate.  Thank you for honoring him tonight.”

Wins and losses were never the bottom line for Albie Loeffler, the legendary soccer head coach at Staples who retired in 1978 after 20 years at the helm for the Wreckers, according to his successor, Jeff Lea.

“It was Albie’s integrity and influence on the kids, more than wins and losses in high school soccer, that left a mark on the program,” Lea said Monday before accepting Loeffler’s induction into the J. Walter Kennedy Community Service Wing of the Fairfield County Sports Hall of Fame at the Hyatt Regency Greenwich.

Albie Loeffler with the 1972 team.

“He sent 62 kids on to be captains of college soccer teams, many of them major colleges, among hundreds who played college soccer.  That’s quite amazing, and that’s what he felt proudest of.  Those kids went on and were honored at the college level, and were successful people.  Albie trained leaders, and kids who knew the game.”

By developing young men with integrity, character and defensive-minded soccer skill, the wins came in bunches.  Upon his retirement in 1978, Loeffler had recorded a then-national record 314 wins, 13 FCIAC championships — including a stretch of 5 straight — and 7state titles, with 5 consecutive setting a national mark at the time.

Loeffler stepped away from coaching as a 2-time national coach of the year.  His teams recorded a remarkable 25 consecutive shutouts, went 43 games without a loss, and lost at most 2 games a year between 1965 and ’75, including postseason action — with division championships each of those seasons.

But Lea got thrust into the top spot 2 years into his term as an assistant when Loeffler suffered a heart attack in the fall of 1970.

“I didn’t know if I could handle it,” Lea said.  “I was young, and I was the head (ice) hockey coach.  By the time hockey started, soccer is in its postseason, but Albie assured me I could do it.  He was on the sidelines for games; he just wasn’t able to run practices.  That began more than 4 decades of friendship. Through him I met (fellow Hall of Famer) Ralph King at Brien McMahon, and we competed against him for years. You don’t find two better men than Albie and Ralph.”

“The standard Albie set every year was for his young men to have an obligation to family, academics and soccer in season,” Lea said.  “If you wanted to miss practice for something outside those three it was not excused.  The kids needed their priorities. I certainly carried those on, and (current Staples head coach) Dan (Woog) does too.”