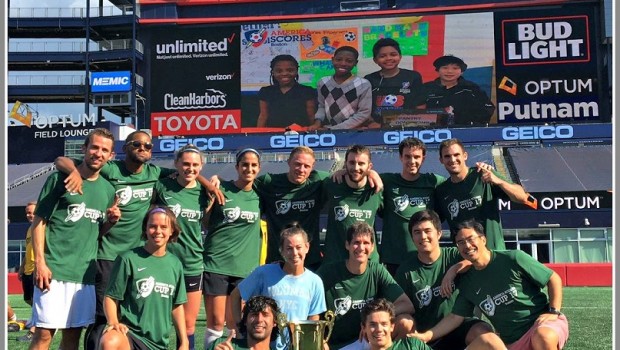 Ben Root ’12 — who went on to play soccer at Worcester Polytechnic Institute — is still in the game.

Last weekend, he joined his sister Megan and Jessie Ambrose (both former Staples High School girls players), and friends Mike Ljungberg and Nick Yu (soccer fans who did not play for the Wreckers), on a team in the America Scores Boston tournament.

The tourney raised $350,000 for America Scores Boston. The organization supports 1,400 children with an after-school program that combines reading, poetry, community and service.

Congratulations to Ben and his teammates! Ben Root is in the top row, 2nd from right.