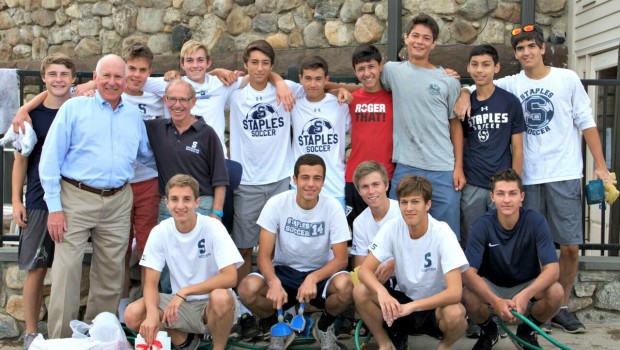 It was a great day for the Staples boys soccer program. And some cars even left cleaner than when they arrived. 1st Selectman Jim Marpe (blue shirt) was greeted by head coach Dan Woog (next to him), and the 10 a.m.-noon shift of car washers. (Photo/MaryGrace Gudis)