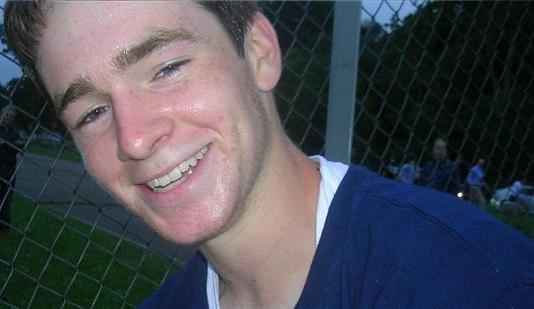 The multi-Block “S” winner heads this month to Boston College, where he will compete on the track team.

“As a 3-year starter, as a true leader, as a passionate athlete and as a young man with family values, Jack is a role model for all Staples athletes.”

He praised fellow defenders Frankie Bergonzi, Mikey Fitzgerald and Sean Gallagher, plus keeper Michael McCarthy, saying, “Without them, I’m nothing.”

Jack Hennessy — the man, the legend, the Athlete of the Year.