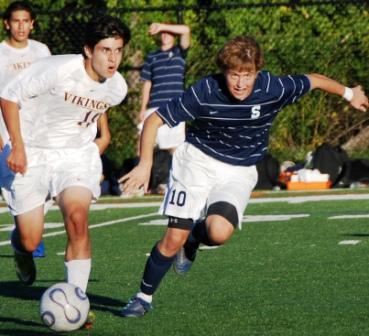 Jake Krosse ’11 has joined the ranks of college club players.  The midfielder is on Northeastern University’s squad.