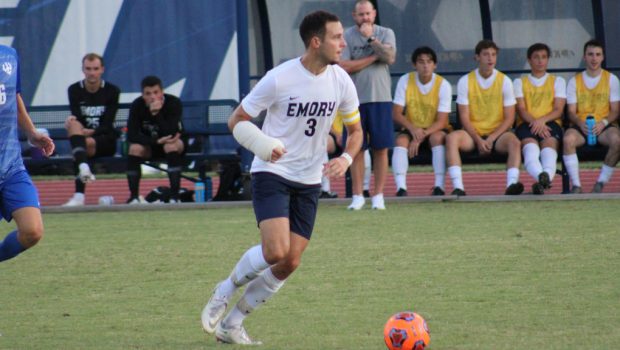 When COVID canceled Emory University’s season last fall, former Staples captain Josh Berman ’16 decided to stay on for one more semester. He will graduate this winter.

The Eagles are glad he did. His goal with just 14 seconds remaining Saturday night carried his team to a 1-0 win over the University of Lynchburg. The match was played home, in Atlanta.

After playing a great match as a defender, Berman raced up the left side on the attack. Ethan Cohen’s pass through traffic set up the winning strike, past the diving Hornet keeper. It was Berman’s first goal of the season.

Emory is now 2-1-2. They face Roanoke College on Saturday, in Charlotte.