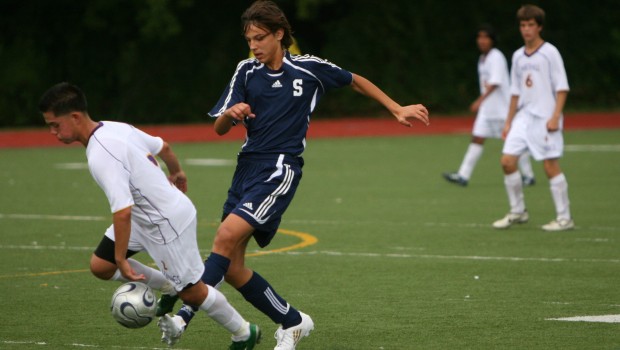 The national U-20 team of Macedonia, that is.

The soccer striker — who graduated early from Staples, and returned to his birth country of Macedonia — sends word that he will playing hoops for the national team.  “We may even play the U.S. next year,” he says by email.

Nick is believed to be the first national team basketball player ever to emerge from the Staples soccer program.  Well done, Nick!

One Response to Nick Kljusev To Play On National Basketball Team