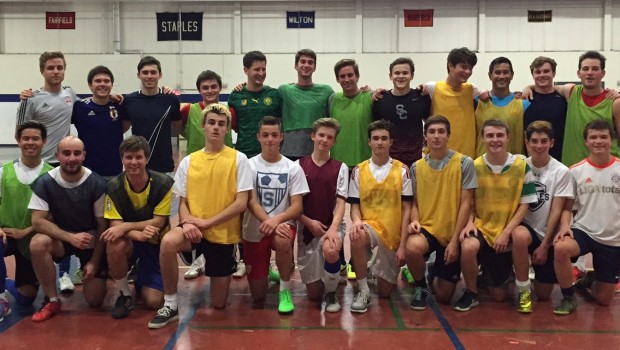 The oldest alumni group — comprised of players in their junior and senior years of college — won the annual Albie Loeffler Indoor Tournament tonight in the Staples fieldhouse.

James Hickok — the All-Ivy keeper who recently captained Dartmouth College to the Ivy League title and an NCAA 2nd-round berth — was the consensus MVP. He scored several keys goals, including 2 rips in the finals that led his squad to victory over the other (younger) college group (plus the ageless Chris Meinke and Igor Pikayzen).

The event is a fundraiser for the Loeffler Scholarship, an annual $3,000 award to a graduating senior. To contribute, send a check to: Dave Wilson, 28 Craw Avenue, Rowayton, CT 06853.