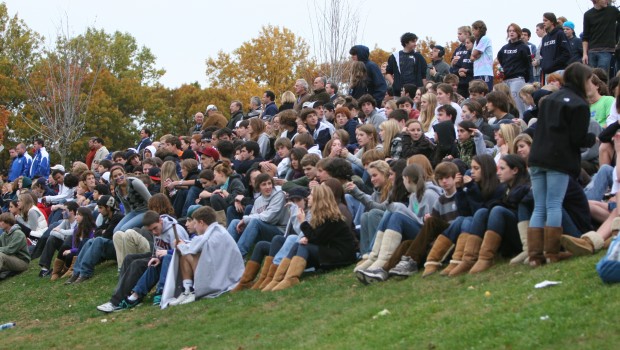 The Wreckers will play 8 home matches — including always-tough Ridgefield, Norwalk and Trumbull — and 8 away. Key road contests include New Canaan, Wilton, Greenwich, Darien and Westhill.

The Fairfield County Interscholastic Athletic Conference season kicks off on Tuesday, September 10, with a 4 p.m. home encounter against Danbury. Two days later, the blue-and-whites travel to New Canaan for a 7 p.m. match.

The regular season ends with back-to-back matches at home against Fairfield Ludlowe (home, Monday, October 21) and at Westhill (Tuesday, October 22).

For the 3rd year in a row, Staples will not play Stamford and Bassick. The Connecticut Interscholastic Athletic Conference (CIAC) allows only 16 regular season games. There are 19 teams in the FCIAC.

“It’s a very tough preseason — but that’s the way to get ready for the always brutal FCIAC,” says head coach Dan Woog.

“Some of our guys are battle-tested. They know what it’s like to go through the fall schedule — how intense and amazing it is. There’s no room for error.

“Other guys will find out for the first time. That’s what playing Staples soccer is all about.”

Woog has been impressed so far with the summer playing and training regimen.

“They know they have to be ready long before tryouts begin,” he notes. “Once we get started, there’s no letup for nearly 3 months. We look forward to continuing Staples soccer’s great 55-year tradition.”