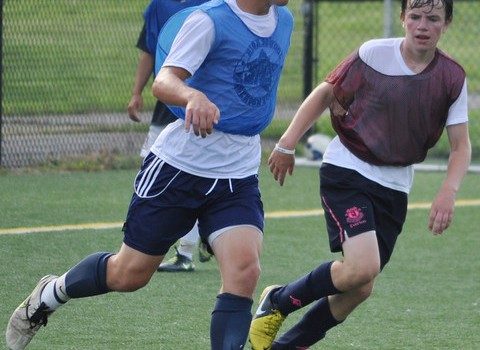 The Wreckers continued to look well organized defensively. But once again they showed nothing for their 1st-half possession edge.

Early in the 2nd half Jordan McNair picked up George Kokkalis’ cross. The sophomore calmly turned his defender, then tucked a shot inside the far post.

Several minutes after that, McNair got dumped in the box. Before the officials could blow their whistle he laid off to Ryan Petersen. The senior fired home for a 3-0 edge.

Staples’ next pre-season action comes Tuesday (Sept. 4), with a 4:15 p.m. match in Glastonbury.