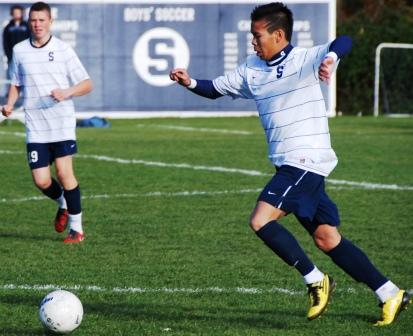 For the 3rd year in a row, Staples varsity  and middle school soccer players enjoyed a special March mentorship program.

The Wreckers designed special afternoon sessions at Wakeman with 6 to 10 WSA and premier players, based on their specialties and interests — 1-v-1 attacking, for example, or shooting or crossing.  At the end of each session they spent some time talking with the younger players about Staples, soccer, and life in general.

Feedback was extremely positive.  One parent described how his son spent an hour after the session working out on his own.  Others appreciated the opportunity for youngsters to hear informally — but honestly — about life after middle school.

Alex Tonsberg was one of the inspirational Staples mentors this month.