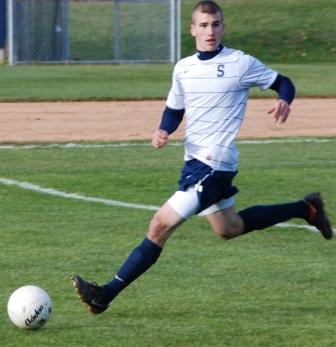 Vote For Sean Gallagher For FCIAC Player Of The Year

Sean Gallagher is 1 of 6 nominees for a very high honor:  the Stamford Advocate‘s Blue Streak-Overtime FCIAC Male Player of the Year.

Voting is open now, by clicking here and scrolling down.

Though the Advocate sports department knows defensive players have a tough time winning in any sport, they acknowledge the Staples tri-captain’s accomplishments:

Gallagher, the Wreckers’ center back, was an integral part of a team that won the FCIAC championship and reached the state title game.  Gallagher was the team’s shut-down defender.  When he was injured at the start of the season, the Wreckers opened 1-2.  When he returned, the team went 19-1-1.