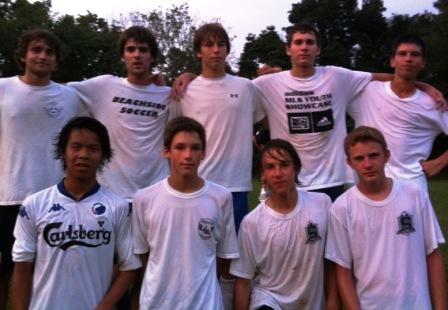 The semifinals, played right before the final, were equally exciting.  Nangle’s golden goal earned his side a berth in the final.  A goal very late in regulation time had drawn #4 Rhodesia level with the favored Djiboutians.

On the adjacent field, Argentina held off a determined #3 Papua New Guinea by a 5-3 count.

This was by far the most competitive and well-played Watermelon Cup season ever.  Younger players stepped up their game nicely, while the college and older players’ strength and experience added an important element.