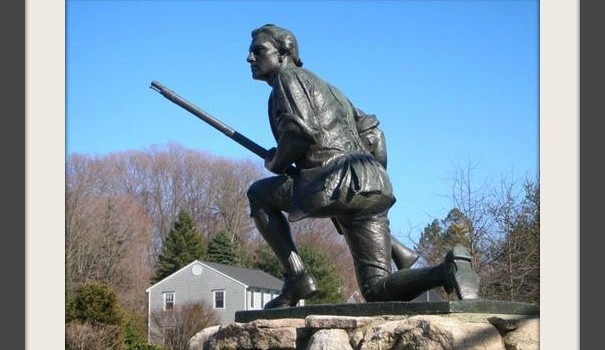 Workout Of The Week #2: Minuteman Runs

Kurt Dasbach sends along Workout of the Week (WOW) #2. Andrew Puchala will organize a session for all players wishing to take this week’s challenge together. Players can also organize their own small groups — or do WOW #2 (or a similar distance, if out of town) on their own. Email times to dwoog@optonline.net.

Start at the intersection of  Soundview and South Compo/Hillspoint Road (by the jetty). Run down South Compo. Turn left at the Minuteman statue onto Compo Beach Road.

The Minuteman Statue gives its name to this week’s Minuteman Runs.