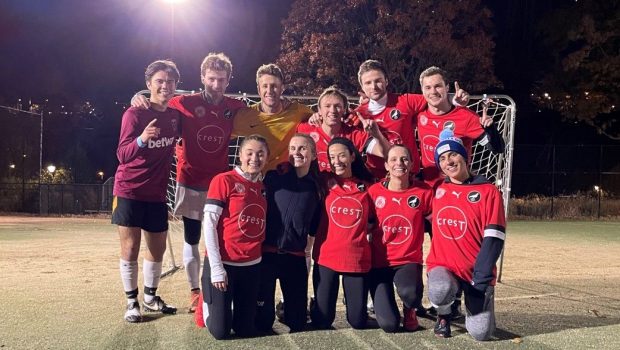 A group of Staples soccer players — all now living in New York — forms the core of a team competing in  a coed league at FDR Park on the East Side.

They recently won their league title, with an undefeated record.