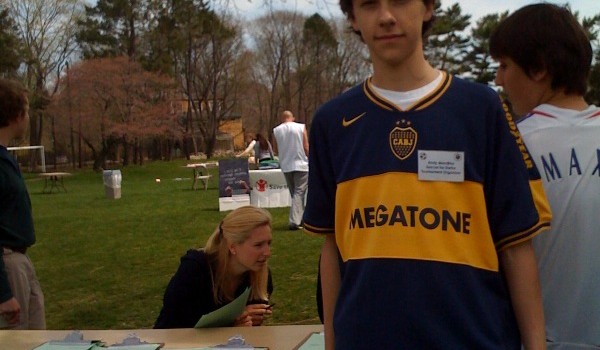 A pair of Staples squads reached the semifinals of yesterday’s 3-v-3 tournament at Green’s Farms Academy — and both lost on the tie-breaker (long-field “penalty kicks”).  The event raised approximately $1,500 for Darfur. It was organized extremely well by Andy Mondino, a GFA and Westport Soccer Association U-18 player, in conjunction with  Westport-based Save the Children.

Senior Adam Liu and former WSA player Kasper Klein-Ipsen volunteered their services as officials.  All who participated agreed:  It was a great, fun affair, for an excellent cause.