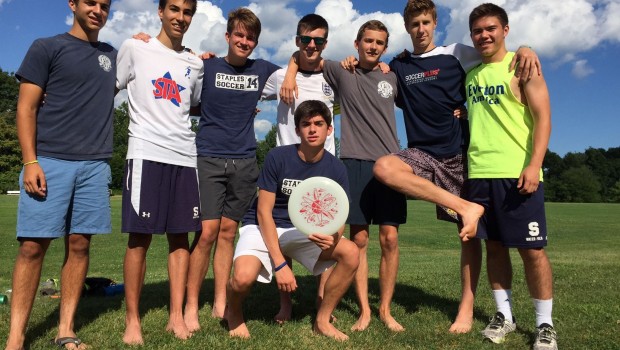 The rising senior earned MVP honors, and gained points for best catch and longest throw. Wisher’s 28 points were 8 more than Ziggy Hallgarten, who scored as best thrower and best blocker.

“The amount of running in this game is seriously underrated,” one player said. Luca Cocito (right) is no match for Kenji Goto at Wakeman.