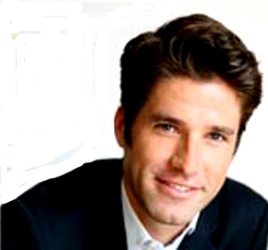 Kyle Martino ’99 is moving to a new team.

The former National High School Player of the Year, MLS Rookie of the Year and US national team member has been named lead analyst for the NBC Sports Group’s coverage of Major League Soccer

Kyle will be stationed “between the benches” during the games. He will provide fans with special field level insight, in addition to game analysis.

Kyle, who attended the University of Virginia and spent 7 seasons with the Columbus Crew and LA Galaxy, was most recently the lead analyst for Fox Soccer’s broadcasts of MLS and US National Team games. Before that, he served as an MLS analyst on ESPN2.

“When we first obtained the MLS rights last year, we identified Kyle as an analyst we’d like to be a part of our broadcasts,” said multi-Emmy Award-winning Pierre Moossa, who will serve as coordinating producer and director. “Teaming him with Arlo White gives us two premier soccer announcers that fans will thoroughly enjoy.”

Kyle played 8 games with the U.S. National Team and scored a goal against Panama in a key World Cup qualifying win in October 2005. More importantly, he remains a stalwart Staples soccer supporter.

One Response to Kyle Martino ’99 Signs With NBC Sports