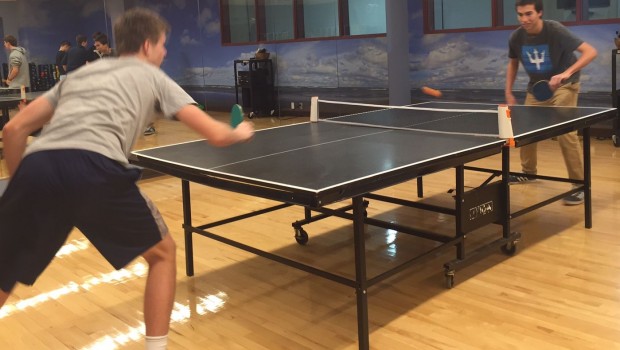 Earning points for a shutout, blowout and best outfit, the sophomore earned 38 points to vault into the 2016 Jack Scott Octathlon of Champions lead, with 55 points. Josh Berman is now 2nd (47).

Kenny Brill, making his Octo debut, was the overall winner today, at the Westport Y. His 39 points came via the championship, best comeback and best save. Kenny Brill and Luca Cocito in a heated rally.