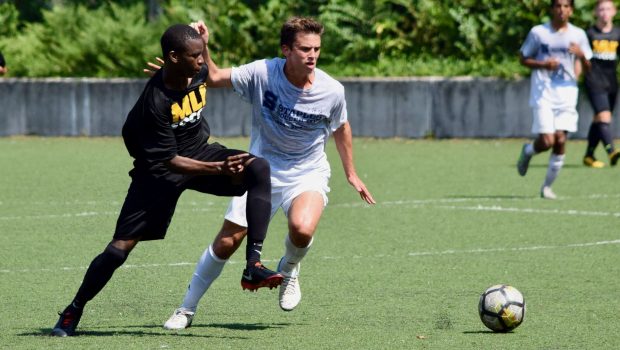 For the 2nd straight year, the Wreckers traveled to a city park. For the 2nd year in a row too, the hosts showed why they have won nearly every title for the past 2 decades.

Staples played well at the outset. But confusion in the back led to 2 early scores. MLK tacked on a 3rd in the middle of 3 25-minute periods.

The temperature was in the 90s at Riverside Park on the Hudson River. MLK controlled much of the match, with speed, skill and soccer smarts.

“That’s why it’s called pre-season,” said Wrecker head coach Dan Woog. “We want to test ourselves against the best. A team like MLK shows us where we stand: what we do well, what we need to work on, how to play to achieve the highest standard possible. We always learn from them, and we are always proud when they end the season on top. That’s our goal too — and playing them can help us get there.”