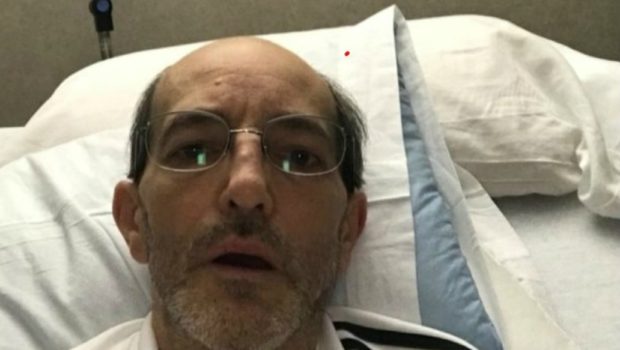 Tod Barrett was one of the stars of the 1978 Staples soccer team. That’s the legendary squad that won the state championship 3-2 over Greenwich — just 11 seconds from the final whistle, in Jeff Lea’s first year as head coach after Albie Loeffler retired. Tod started the winning play, feeding Jeff Kates who assisted on Gordon Hull’s stunning goal.

Tod went on to star at Southern Connecticut State University. But life has been tough. After losing his wife Anna to breast cancer in 2007, Tod adopted and raised her 2 children.

In 2012 Tod had an acute angioedema reaction to tainted food. A slow, steady ravaging of his body followed.

Tod then slid into the depths of a medical system which could not provide a clear-cut diagnosis — and sometimes made things worse. He was prescribed everything from oxycodone to prednisone. He is now fighting to get off of Remeron, and clonazepam.

Tod has spent his entire retirement estate seeking help from doctors, clinics and trials, while incurring many other medical expenses. His only goal now is to get clean, and become strong enough to try some new therapy.

His soccer teammates and Staples friends have created a GoFundMe campaign to help. The money raised will enable him to reduce his reliance on medication, and allow him to start newly discovered alternative treatments.

He needs everyone’s help. As he says, “This may be my only hope.”

(Click here to contribute to the GoFundMe campaign for Tod Barrett.)